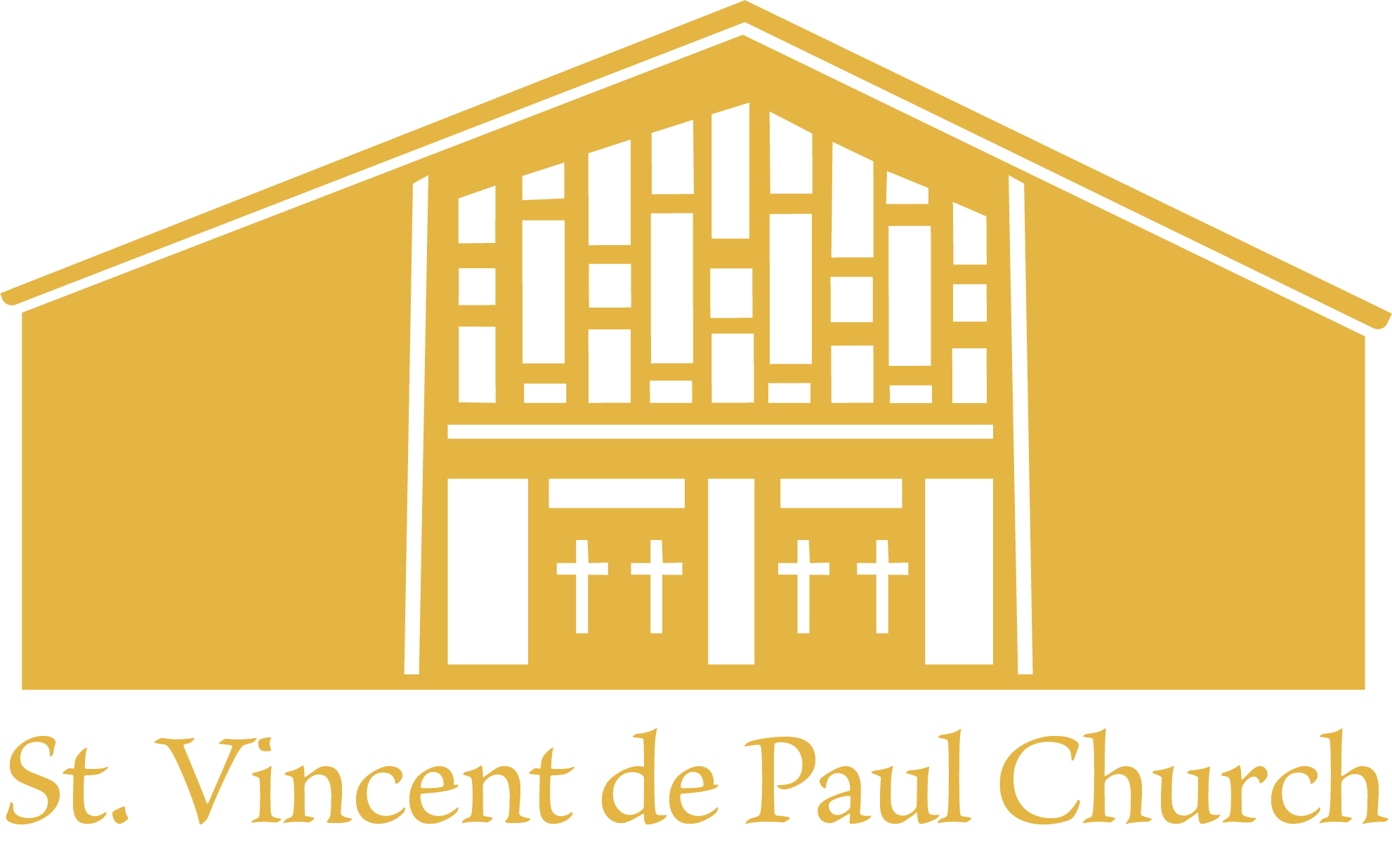 Vincent de Paul was born near Pouy (now St-Vincent de Paul), in Gascony, France, on April 24, 1581. He attended the universities of Dax and Toulouse. Ordained to the priesthood at the age of twenty, for ten years he aimed no higher than a clerical life of ease. During 1609 in Paris he came under the spiritual influence of Father Pierre (later Cardinal) de Bérulle, the founder of the Oratory in Paris.

In 1612, Bérulle was influential in Vincent’s being assigned as Pastor in Clichy, a rural parish just northwest of Paris. The poor people there touched Vincent’s heart, and he experienced the priesthood in a way unknown to him before. In less than a year, Bérulle recalled Vincent to Paris to become tutor and chaplain to the Gondi family. In 1617, Madame de Gondi had Vincent give a parish mission for the peasants on the family estates, making Vincent aware of their poverty — spiritual and material. That same year, with Bérulle’s help, Vincent left Paris to become Pastor in Châtillon-les-Dombes in southeast France. There, he formed the first Confraternity of Charity, organizing ministry to parishioners in need. He soon returned to the Gondi family, this time with the condition that he would be free to preach missions. A great change had come over Vincent, and he dedicated the rest of his life to the service of the poor. 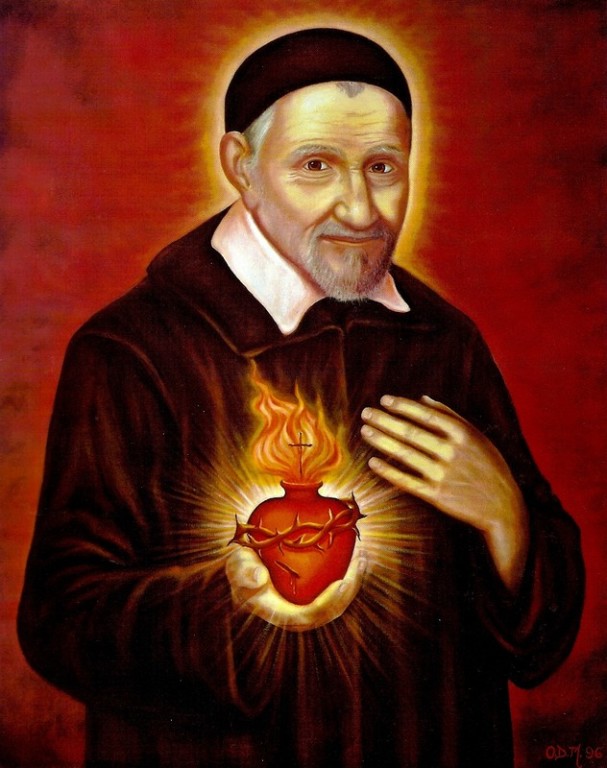 Eventually Vincent and Bérulle’s spirituality grew apart, but Bérulle was an important factor in Vincent’s coming to see the poor as the center of his life, and to see priesthood, not as a career, but as a personal relationship with Jesus.

Back in Paris, Vincent organized the Ladies of Charity, made up of wealthy women who supplied food and other necessities for distribution to the poor and to the sick. In 1622 St. Francis de Sales appointed Vincent superior of the Parisian convents of the Order of the Visitation of Holy Mary. In 1625 Vincent founded the Congregation of the Mission, the priests we know as Vincentians. With them he originated seminaries for clergy formation, inaugurated programs for continuing clergy education, and fostered formal catechetical instruction of youth. In 1633, with Louise de Marillac, he founded the Daughters of Charity, the first congregation of “unenclosed” women entirely devoted to the poor and the sick. They nursed the poor in hospitals and dispensaries, and in their homes; they cared for the mentally ill, and visited patients after hospital discharge. Vincent was also active in organizing relief work during the religious wars in France.

In his own lifetime Vincent was a legend. Clergy and laity, rich and poor, outcasts and convicts all felt the charisma and selfless devotion of a man entirely consumed by the love of God and his neighbor.

Vincent died at age 80 in Paris on September 27, 1660. He was canonized in 1737 and named patron of works of charity in 1855. His feast day is September 27; however, our parish celebrates the feast on a Sunday, to help the community participate more fully.

Louise de Marillac was born out of wedlock in Paris 1581. She was acknowledged and provided for by her father, Louis de Marillac, but never knew her mother. At a very young age, she was placed in the Poissy Abbey to be educated with other children of noble birth. When she was around 12, her father died and Louise was sent to a Paris pension operated by a poor lady. She performed daily housekeeping chores and organized the other girls in performing handiwork for sale to help with the upkeep of the home.

Although Louise expressed interest in a cloistered life, the Religious superiors with whom she consulted did not feel she had that vocation. Early in 1613, she was married to Antoine le Gras, secretary to the Queen Mother, Marie de Medici. Louise and Antoine experienced happiness in their marriage, and before the end of the year were blessed with the birth of their son, Michel Antoine. Born prematurely, Michel was both delicate in health and somewhat slow in learning. In 1621, Antoine became ill with a disease and never recovered. The family’s financial circumstances worsened severely. Antoine died in December, 1625.

Louise endeavored to cope with these trials through prayer, sacrifices, and the advice of wise directors. Her regular spiritual director was Bishop Camus. In 1619, Louise met Francis de Sales, whose books had become a staple of her spiritual reading. In 1623, Bishop Camus was moved to a diocese outside of Paris, and he recommended Vincent de Paul as Louise’s spiritual director. Both Vincent and Louise had initial reservations: Vincent because he had found difficulty directing other noblewomen, and Louise because of the difference in their social station.

While at prayer during one of her darkest periods, Louise had a vision in which she saw herself serving the poor and living the vows of a religious in community. She wrote this lumiere on parchment and carried it on her person as a reminder that, despite her difficulties, God was guiding her life. In that vision a priest appeared to her, whom she later identified as Vincent de Paul.

In 1629, Vincent, who had established the Congregation of the Mission (the Vincentians) in 1625, invited Louise to assist him with the Confraternities of Charity in the parishes of France. Through this work, she gained a deep knowledge of the needs of the poor, developed her own innate management skills, and identified effective structures for service. In 1633, in her own home, she began to train young women to address the needs of the poor and to gain support from their life together. The Daughters of Charity emerged. Louise provided leadership and management to the evolving network of services she and Vincent inspired. At first the Daughters of Charity assisted the Conferences of Charity in the Paris area by preparing food and medicine which they would bring to the sick poor in their homes. As their reputation spread, they were asked to take over hospitals, the care of foundlings, ministry to galley convicts, and nursing the wounded on battlefields. Schools and institutions for elderly followed.

The Daughters of Charity functioned as a religious community for decades before Vincent and Louise sought canonical approval from the Church. At that time religious communities of women were cloistered, but Vincent and Louise saw these women as working among the poor. Vincent told the Sisters: “You must have no other monasteries than the houses of the poor; no other cloisters than the streets of the cities and the wards of hospitals; no other veil than your modesty; you must treat the sick and the suffering with all the care and tenderness that a mother lavishes on her only son.”

Because the Daughters of Charity had worked in the world for decades when Vincent applied for their canonical recognition, they were permitted to continue and became the first non-cloistered community of religious women.

Louise, who died on March 15, 1660 just a few months before Vincent de Paul, was proclaimed a Saint in 1934. In 1960 Pope John XXIII proclaimed her the Patroness of all Social Workers. As a wife, mother, teacher, nurse, social worker and religious foundress, she stands as a model to all women. Her feast day is now May 9th, moved from March 15th so that it could be celebrated more solemnly outside of Lent.